Discover, experience, enjoy and marvel at the Orchid Farm!
Behind the entrance gate to the Orchid Farm,a tropical world is waiting for you!
Be swept away by distant parts of the world and discover the wonderful world of butterflies, orchids and parrots.
Completely covered (indoor), wheelchair access,
open seven days a week.
Near the village Luttelgeest, about 10 km north-east of Emmeloord
link 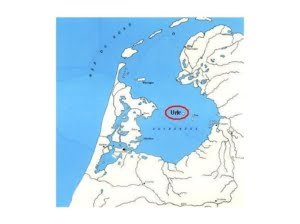 Urk used to be an island, until we made the Noordoostpolder.
So Urk now is connected to the main land of Noordoostpolder.
It’s best known as a fishing village.
At the harbor there is always loads of activity going on.
You enjoy the action from a distance on one of the many terraces.
Most inhabitants of Urk consider Sunday a day of rest, so it’s best to visit Urk on weekdays or on a Saturday.
So, the age of Emmeloord is about 70 years, Urk is over 1000. 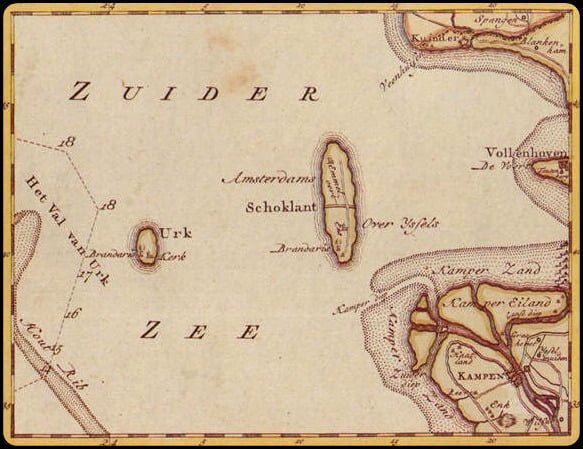 Just like Urk,  also Schokland was an Island in the former Zuiderzee.
But Schokland lost their struggle against the water long time ago.
Back in 1859 the people had to leave the island due to an order of our King.
Sometimes the sea wins, even from The Dutch.
However, when we build the Noordoostpolder dikes and pumped the water out of the area,
the former island raised up again, like a hill in the countryside.
Schokland is not spectacular at all but worth a visit.
It has a small museum, a restaurant and a beautiful old church that organize concerts on Sunday afternoon. (during winter)
Tip: rent a bike and cycle to Schokland. (shell path from Emmeloord to the south)
And try to arrange a guide. You can always ask me. 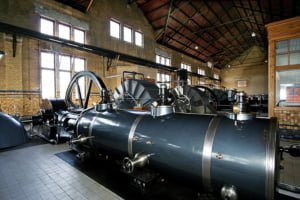 Adjecting to Noordoostpolder is the city Lemmer and also worth to visit.
Don’t forget to have a look at the steam-driven pumping station ‘The Wouda gemaal’.

The ir. D.F. Woudagemaal in Lemmer, opened in 1920 by Queen Wilhelmina, is the largest steam-driven pumping station in the world still in use. Even today the monumental pumping station ensures that the people of Fryslân keep their feet dry during high water. When that happens, the ‘cathedral of steam’ pumps up over four million litres of water per minute from the Frisian ‘boezem’ (drainage pool) into the IJsselmeer.

Giethoorn , the Venice of the NorthEast of Noordoostpolder
you will find nature reserves form the largest area of marsh wetland in Western Europe. 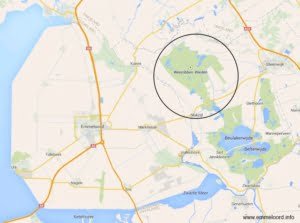 When the weather is oké, go to Blokzijl and try to hire some bikes.
You’ll have a wonderfull day.

This is Holland at its very best.
Also Giethoorn , the Venice of the North is nearby. This is where you will take the most pictures of your holiday.
Giethoorn used to be a carfree town. Giethoorn has over 180 bridges. It became locally famous, especially after 1958, when the Dutch film maker Bert Haanstra made his famous comedy “Fanfare” there. In the old part of the village, there were no roads (nowadays there is a cycling path), and all transport was done by water over one of the many canals. The lakes in Giethoorn were formed by peat unearthing.

During long Northwester storm, the water in the south east of the IJsselmeer will be pushed up and it can reach a dangerous high level.

To prevent flooding of the mainland, we have invented a inflatable dike ! 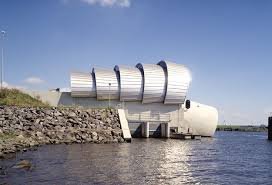 The first rubber dam in the world.
Usually it lies flat on the bottom. Once a year it will be tested.
It is an invention of the Dutch and now also sold to Venice, Italy. 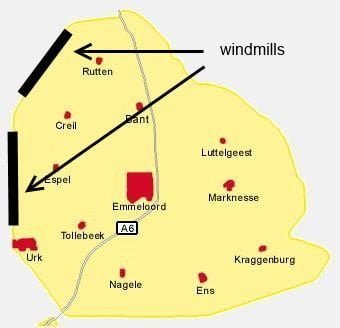 Windpark Noordoostpolder is an onshore and near-shore wind farm.
It is the largest wind farm in the Netherlands.
Owner-operators are members of the Koepel Windenergie Noordoostpolder, a partnership of more than 100 agricultural entrepreneurs (farmers).

The height of a windmills is 198 meter.
(ground to wing-tip)

Mayby you can start your visit at the info centre 11 Beafort. 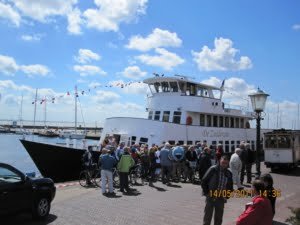 Take the ferry from Urk to Enkhuizen.
You will cross the IJsselmeer. (former Zuiderzee).
2021!
From Monday till Saterday (not on Sunday’s, it is Urk, you know ? ) 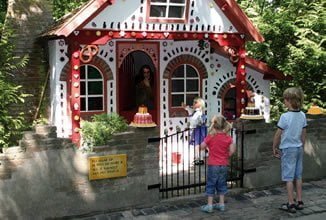 You can hire bikes in Enkhuizen or visit the Zuiderzeemuseum.

If you’d like to shop:
Batavia Stad Fashion Outlet.
Near Lelystad, at the IJsselmeer coast.
Travel by bus ar drive about 30km.

When she shopping in Batavia Stad is done, you can walk to the Batavia Yard.
Batavia Yard is a shipyard with extraordinary ambitions, reconstructing ships from the Golden Age
that were important to the Netherlands’ maritime history.